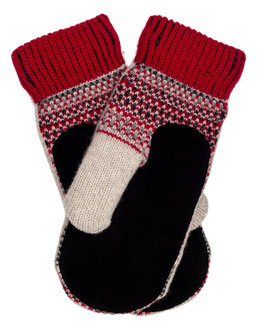 Dalarna, this 4 layer mitten with black suede palm is knit in the Dalarna design. This design is inspired by the traditional Swedish dala horse. An inspiring Sweden symbol patterned and dyed in traditional colors.